Council of Europe: A life without violence is every woman’s right – a video clip

Violence against Women: every day and everywhere 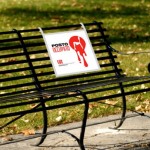 Wounded to Death. Femicide in Italy

Two events occurred last week which have highlighted the Malayan government’s misplaced priority on domestic violence. Firstly, it is heartbreaking

Elizabeth Taylor, Rihanna, Ulrika Jonsson, Nigella Lawson — these women may be quite different, but they share one thing in

EP Press Release – Victims of stalking, harassment or gender-based violence who are granted protection in one member state will