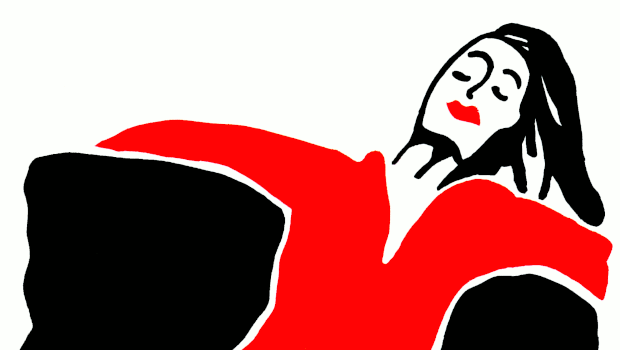 Fourth event of the series “Expressions of Humanity” 2018-19

Tickets: presale on www.rotondes.lu and at the door.

Speaking up and breaking the cycle of violence, through culture, dance and design

There is little doubt that missing and murdered indigenous women and girls (MMIW) is one of the most pressing social issues facing Indigenous communities across Canada today. It is estimated that over the last 30 years more than 1200 Aboriginal women have been murdered and many more are missing or not reported—confirming the long-held claims of Indigenous women, their organizations, and communities about the scope of this problem in contemporary Canadian society.

On June 3rd, the Final Report of the National Inquiry into Missing and Murdered  Indigenous Women and Girls – Reclaiming Power and Place – was released, calling for transformative legal and social changes to resolve the crisis that has devastated indigenous communities across the country and delivering 231 Calls for Justice directed at governments, institutions, social service providers, industries and all Canadians (executive summary).

Finding the Patterns – Indigenous Women of Canada creates a visual and verbal landscape to allow people to discover the indigenous people of today. Demonstrating how ancient traditions, cultures have survived and how the past has been brought into the present, moving towards the future. to convey the resilience, inventiveness and dynamism of the indigenous women of today. The arts and storytelling will enlighten participants on this contemporary issue. Download the poster of the event.

Lyn (Linda) Kay is a First Nation of Cree, Ojibway and Scottish descent, she will share her story of growing up in Canada surrounded by racism, poverty, alcohol, abuse and violence and how she created her own change with education and practicing and knowing her culture. Lyn has spent 30 years working for the betterment of her people through roles in groundbreaking initiatives in Aboriginal health. Always passionate about fashion design and creation, in 1996 she began her own studio, Ringing Bell Robes. Lyn uses her designs and fashion shows to raise funds and to create awareness about issues in the indigenous community; Homelessness, Addictions, Violence and Murdered and Missing Indigenous Women and Two Spirits (MMIW2S) and to encourage youth participatory learning. 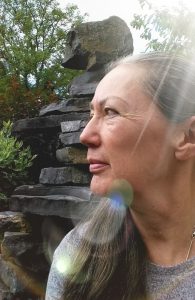 Arts
Participants will experience a demonstration of Jingle dancing  – a traditional dance of healing. As well Lyn’s designs will be on display and will be explained and modeled during the event.

Stonedreams:  Heather Carroll (www.stonedreams.org), Canadian artist of Scottish and Inuit origins from Nunatsiavut, who has created from her studio in Luxembourg for more than 27 years.

Heather has created original installations dedicated to the theme which will be on display. The artist will be on hand to share her insight and vision.