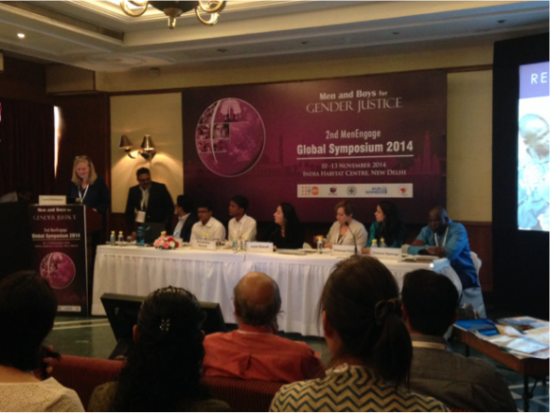 In a room filled with professionals from the development sector, journalists and grassroots workers, Roubil Islam, a community facilitator from Bangladesh’s Rajshahi district, broke the silence. He talked about fighting his own demons, leaving behind a history of drug use, sexual predatory and violence to change for the better. For few in the room, the truth behind Roubil’s assertions may have been hard to accept, but it revealed something important. It revealed how we’ve been failing as a society to effectively include men in conversations regarding violence.

Held at the India Habitat Centre, the 2nd MenEngage Global Symposium drew attention from the citizen sector across the world. Experts and social entrepreneurs working in international development came together from to examine and redefine the role of men in the gender-rights movement. The three-day event discussed key issues that haven’t been explored in depth; the importance of mentorship for young fathers, sexual and reproductive health for men and breaking the stereotypes about masculinity.

The session I attended, which was called “Working with Children and Young People for Gender Equality by preventing violence and transforming masculinities” was chaired by an interesting panel that included representatives from Save the Children, UNFP, Promundo and local community facilitators. Each of the groups presented findings, revealed evidence about working with men in local communities and also addressed the challenges in their work.

Dickens Ojamuge, a representative from Save the Children in Northern Uganda, presented key findings from the mentorship program they conducted for young fathers:

Ojamunge also talked about the fascinating results of this program and shared how these young men responded when they were provided access to mentorship, guidance and counselling. He mentioned that young men who were a part of the program showed greater affection towards their children and partners, reduced physical violence and decreased their drug use and alcohol intake. The panelists also discussed creative interventions such as recreational sports and gaming to educate and build a collaborative learning environment for young boys and girls in regions of conflict. 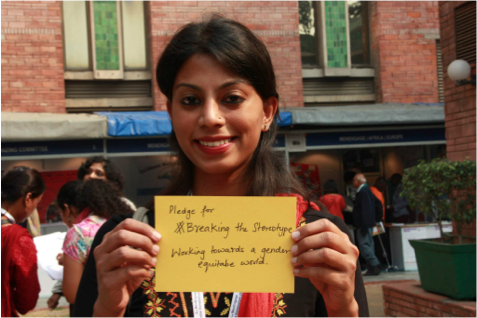 In the past few decades, the discourse around gender-rights has been a largely focused on the modern women’s movement. Most interventions that have been focused on empowering women have directly approached the problem by looking at women as individuals. But it is important to realise that gender-transformative approaches that include men can be a huge step forward in achieving impact.

It is time that the gender-rights movement included the voices of men for there is much to learn about the problems that men specifically face and there is an urgent need for us to collaborate to drive the change we need.

Meera Vijayann is a writer and blogger who focuses on gender rights and social issues in India. Her writing has been published by The Guardian, CNN, Open Democracy and Forbes among other publications. Follow her on @meeravijayann