Time For Equality to sign the Diversity Charter Lëtzebuerg

Time For Equality is celebrating its first year of activity by joining the Diversity Charter Lëtzebuerg. The official signing session will take place on 27 May, in the presence of minister Corinne Cahen.

A newly published statistical report summarises the findings of a research project on gender equality in the workforce.

Women in top positions – what can we learn from them?

The international press has been discussing the resignation and firing of Jill Abramson, the first woman executive editor of The New

ILGA Europe  has just released the latest edition of its Rainbow Europe package, which shows that while the human rights 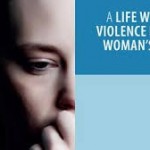 Council of Europe: A life without violence is every woman’s right – a video clip

In view of the EP elections of May 2014, the European Women’s Lobby calls on all Members of the European

Istanbul Convention is going to take effect on 1st August 2014

With Andorra becoming the 10th country to ratify it,  The Council of Europe Convention on preventing and combating violence against