Gender equality, however, is a responsibility of all individuals and it has increasingly been acknowledged that men and boys are also inextricably involved with gender issues and that they have an important role in efforts to achieve equality. Moreover, it is widely believed that progress towards gender equality will stimulate positive transformations in the lives of both women and men resulting in a better society.

In 2004, the United Nations Commission on the Status of Women (CSW) stated that “men must take joint responsibility with women for the promotion of gender equality” making “contributions to gender equality in their many capacities, including as individuals, members of families, social groups and communities, and in all spheres of society”.

The European Commission’s Strategy for equality between women and men 2010-2015 also stresses that: “gender equality needs the active contribution, support and participation of men and policies should also address gender-related inequalities that affect boys/men such as literacy rates, early school-leaving and occupational health.”

From its side, the European Institute for Gender Equality, EIGE works with the issue of men and gender equality by taking a dual approach: “Firstly, the appointed staff member coordinates EIGE’s activities around men and gender equality topic. Secondly, attempts are made to follow horizontal approach by integrating men’s perspective in EIGE’s research and consultation work when relevant”. In 2012 EIGE produced a report on the involvement of men in gender equality in the Institute working areas.

Like Gender Equality, Gender-Based Violence is not an exclusive concern of women, but is inherently connected with both genders.

We need more men with the guts, with the courage, with the strength, with the moral integrity to break our complicit silence and challenge each other and stand with women and not against them.

Violence against women reflects and reinforces gender stereotypes (see my post What is gender-based violence); it is therefore important to understand how traditional conceptions of masculinity and femininity can affect relationships between men and women, and even result in violent behaviours.

On the occasion of November 25th, United Nations Secretary-General Ban Ki-moon encouraged men to become part of the solution, by confronting negative stereotypes that perpetuate this kind of violence:

Men must teach each other that real men do not violate or oppress women – and that a woman’s place is not just in the home or the field, but in schools and offices and boardrooms.

Moreover, one of the main recommendations in the Commission’s above-mentioned study “is to promote non-violent masculinities by changing gender models and promote a concept of ‘caring masculinity’ in contrast to the traditional, hegemonic masculinity model which is strongly connected to violent behaviour”.

In the last decade, men have increasingly become subjects of studies and policies and, from their side, men and boys are redefining masculinity and working for the promotion of gender equality.

The White Ribbon Campaign is the world’s largest movement of men and boys working to end violence against women and girls, promote gender equity, healthy relationships and a new vision of masculinity. Men wearing the white ribbon declare that they will never commit, condone or remain silent about violence against women. They also promise to raise the issue of violence against women and to work within whichever means possible towards ending it. In november 2013, The European Institute for Gender Equality (EIGE), in line with its objective of involving men in gender equality, joined the worldwide White Ribbon Campaign. 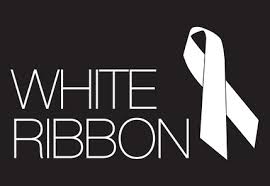 Maschile Plurale is an Italian association formed in Rome in 2007, operate in order to help groups and individuals in discussing and practical redefining masculinity. The Association engages in various local and regional initiatives aimed to promote individual and collective reflection among men of all ages about the need for a change in the culture of gender relations; commit to the elimination of all forms of gender violence, encourage the active and conscious participation of citizens of all ages and both genders in public life.

A call to men is an American national violence prevention organization providing training and education for men, boys and communities with the aim to promote a more healthy and respectful definition of manhood.

Men Can Stop Rape (MCSR) is an American non for profit organization, which calls to redefine masculinity and male strength as part of preventing men’s violence against women.

Men for Gender Equality Now (MEGEN) is a Kenian society of men and women activists, who engage in community sensitization and education work, advocacy and campaigning to challenge unequal power relations between men and women, transform harmful masculinities into positive ones and put an end to Gender-Based Violence (GBV).