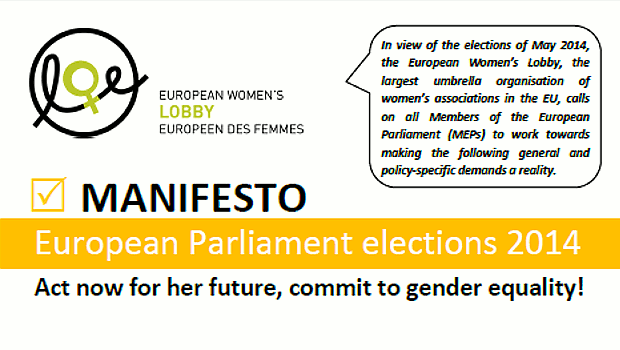 In view of the EP elections of May 2014, the European Women’s Lobby calls on all Members of the European Parliament (MEPs) to work towards making meaningful changes aimed at obtaining equality, promoting women’s rights and empowering women.

In the first week of March, the European Women Lobby disclosed its Manifesto for the European Parliament elections 2014 “Act now for her future, commit to gender equality!”.

The Manifesto comprises the main demands of the European Women’s Lobby. In particular, it makes three general and five policy-specific demands:

7. Europe free from violence against women:

The EWL is going to explain, week after week, on its website, the demands of its Manifesto for the European Parliament elections 2014 “Act now for her future, commit to gender equality!”. 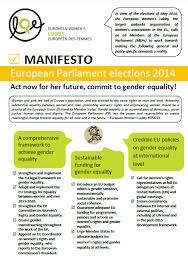 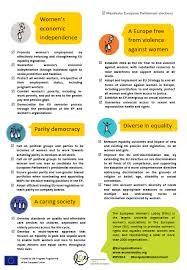