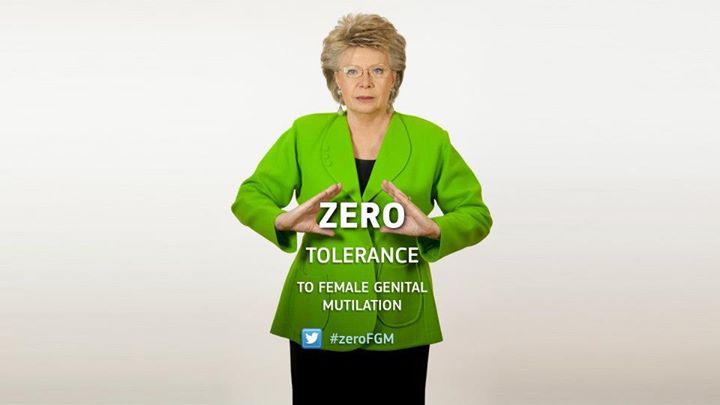 On the occasion of the International Day for Elimination of Violence Against Women, the European Commission has announced a new push to combat female genital mutilation (FGM) in the European Union and beyond. The policy communication from the Commission sets out a series of actions to work towards the elimination of FGM. It also reiterates the EU’s commitment to combating violence against women and eliminating FGM, both in the EU and at global level.

Earlier this year, the European Commission teamed up with inspiring campaigners to call for zero tolerance for female genital mutilation, said Vice-President Viviane Reding, the EU’s Justice Commissioner.Today we are delivering. In an action plan the Commission is reiterating our commitment to combating violence against women and eliminating FGM, both in the EU and at global level. But let’s be clear: the Commisison cannot do it alone. We will work hand in hand with Member States, the UN, NGOs and with the communitites affected. I am convinced that together we will be able to consign female genital mutilation to history.

Zero tolerance for female genital mutilation is a policy to which the European Union is committed throughout its external action. We are engaged with partner countries around the world in working towards the eradication of this act that violates the rights of women and girls and harms them in many ways. The adoption of this strategy today is a demonstration of our joint commitment. The EU’s tools and resources, political and economic, will be used to promote initiatives and support laws to help create a world where no girl will have to face this cruel and intolerable practice, said the High Representative for Foreign Affairs and Security Policy/Vice-president of the European Commission Catherine Ashton.

To fight FGM, the Commission will make full use of future EU funding to help prevent the practice; improve support for victims; support health practitioners, as well as national enforcement of anti-FGM laws; and improve protection under EU asylum rules for women at risk. The Commission and the European External Action Service have also committed to promoting worldwide elimination of FGM through bilateral and multilateral dialogue. Finally, the Commission will encourage more research into the number of women and girls at risk. This action plan is a follow-up to the public consultation on FGM launched by the Commisison in march.

Female genital mutilation (FGM) is a form of gender-based violence and a serious violation of women and girls human rights.