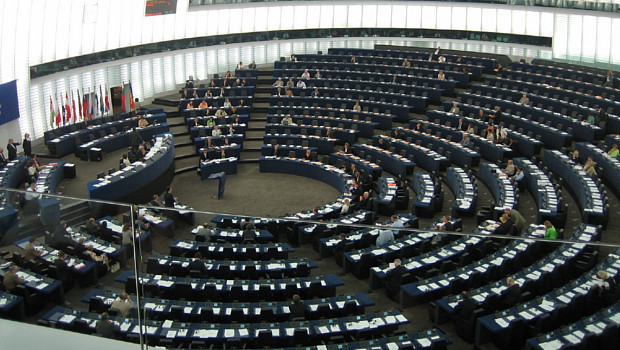 Women make up more than half of the European population. However, at any governance level, women are still a minority and progress towards gender balance is slow. In recent years, efforts have been made to increase women’s representation in elected bodies and the promotion of gender quotas1 has been one of the main tools used to achieve this objective in Europe. How effective are these tools and strategies?

The study “Electoral Lists ahead of the Elections to the European Parliament from a Gender Perspective”, published on the eve of the elections to the European Parliamentary term 2014-2019, maps the representation of women and men on party lists at national level, provides key background information and analyses the effect of gender quotas on candidate lists. This study, prepared upon request of the Committee on Women’s Rights and Gender Equality, reveals that although there are no gender quotas set at European Parliament level, a growing response from political parties and governments has been to introduce gender quotas for candidate selection, either in national legislation or at party level.

In the Member States which have adopted legislative quotas, often political parties have implemented further quota provisions. In addition, evidence shows that whether a quota/parity system reaches its objectives depends largely on effective sanctions. The study concludes that gender quotas have been identified as pivotal to promote women’s participation in political decision-making and makes a detailed sets of recommendations to the national goverments and parliaments as well as to the European institutions.

According to this preliminary analysis (the actual gender-distribution data will be officially given at the opening of the new Parliament legislature), the percentage of women in the EP stands at almost 37%, which represents an increase of only 1,25% in comparison with the European elections in 2009.

This made EWL Secretary General, Joanna Maycock, state that “with this snail’s pace it will be another half a century before the European Parliament would reach gender parity in 52 years, despite the fact that women make up more than half the EU’s population.”

Below is an estimated analysis of gender distribution in political groups (based on preliminary results by europedecides.eu/results/)

A two-speed Europe for parity: The conservative and far right parties are lagging behind in comparison to center and left parties. The S&D political family, for example, performed notably well with regards to women candidates elected into the EP with a percentage of 45.5, whereas the share of women is 30.4 % in the political family of EPP.

Voter apathy and the swing to the right jeopardises women’s rights: The low voter turnout and success of far right and populist parties represent a risk to the development and implementation of progressive anti-discrimination policies including women’s rights and gender equality.

There is still a chance for a real step forward: The political groups have the opportunity to change the image of European politics so that it better reflects the diversity of the electorate. They can seize the opportunity to bring change and gender parity when nominating and appointing MEPs for decision-making positions in the EP.

Follow Time For Equality next updates on this topic.

1 Electoral gender quota systems and their implementation in Europe – June 2013 The note maps the diffusion of electoral gender quotas in the 30 EU/EEA countries and evaluates the effectiveness of different quota types in different electoral systems. It shows that legislated quotas are implemented in eight countries and that party quotas are implemented in 14 (additional) countries. Furthermore, some gender quotas have resulted in major leaps in women’s representation, while others have led to almost no change.