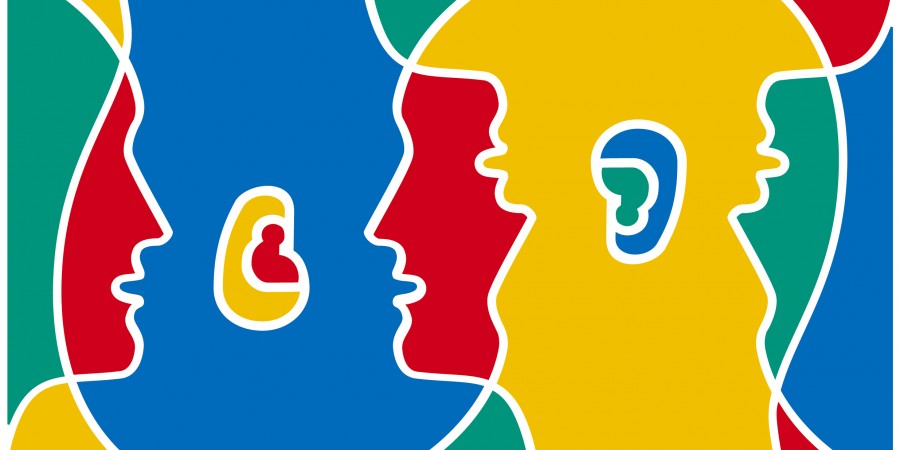 La Giudice (“The female judge”) is a text permeated by the theme of language and by the supposed neutrality which institutions (but not only they) attribute to the male gender, which is not neutral.

“Judge” is an “epicèno” noun. “Epicèno” means “both genders” and does not distinguish between masculine and feminine. In the professional world there are many “epicèno” words – “president”, or “trade unionist”, for instance – and by convention, as stated in the guidelines adopted by the European Parliament in 2008, they distinguish between the function intended as a general category that describes the remit, responsibilities and powers associated with it, and the physical person who carries out the function.

Paola Di Nicola, on the contrary, has learned the importance of distinguishing masculine and feminine and not to hide herself behind a supposed neutrality, and for this reason she wants to place the definite female article before the word “judge”.

“At least until the mid-twentieth century,” writes Melania Mazzucco in her foreword2 “as they became more aware of its value, more women stubbornly refused the feminine definite article or noun” (p. 7). Paola Di Nicola, in the interview given to Time For Equality, underlines the trend, especially among women who have reached positions of power, to refer to themselves using the masculine article, as this were a seal of approval to ensure recognition of their own professionalism.

The story of Di Nicola is “a story which is both individual and collective, and the feminine article represents its heart, its wound and its temporary goal” (p. 7).

In one of the final chapters of her book, Paola Di Nicola deals with the specific case of legal language, revealing not only the violence of the neutral masculine, but also the logical and linguistic paradoxes that it generates. Take the example of the provisions against female genital mutilation, which refers to the victim using the masculine form (Article 583-bis of the Penal Code, introduced by art. 6, paragraph 1 of the Law of 9 January 2006, n. 7)3. “It is inconsistent, illogical, and impossible,” writes Di Nicola “that female genital organs are injured on a “male” subject (with the exception of a man who has surgically altered genitals). Yet the legislation was written only a few years ago and no one seems to have raised any objection”(p. 127).

In legal language, the author points out, “man” is an all-embracing category, the female gender is deleted  “and so, with a stroke of the pen, we cancel out all the women who are killed for being women” (p. 128).

Sexism in language – the Italian context

The notion of sexism in language, theorized since the sixties by the feminist movement and later by some studies of sociolinguistics, refers to the discriminatory way of representing the female sex with respect to the male sex through the language.

In Italy, the publication of Alma Sabatini Il sessismo nella lingua italiana (“Sexism in the Italian Language”) in 1987, has contributed to broaden the debate and to draw the attention of public opinion to the theme of the relationship between gender identity and language. Alma Sabatini illustrates the role that language plays in the social construction of reality and calls for a “non-sexist” use of language, a language that neither privileges the male gender nor perpetuates a series of prejudices against women, thus respecting both genders.

The female image is, in fact, often denigrated by the use of stereotypical language that represents it as subordinate to the male image. Moreover, in the Italian language, which distinguishes morphologically the grammatical masculine gender from the feminine gender, a women is often hidden “inside” the masculine grammatical gender, which is used as the inclusive form for women and men. The exclusive use of the masculine form for professional titles and institutional roles is widespread, even when it refers to a woman:  sindaco (mayor), chirurgo (surgeon), ingegnere (engineer).

The work of Sabatini was later resumed in the Manuale di stile – Strumenti per semplificare il linguaggio delle pubbliche amministrazioni (Style Handbook – Tools to simplify the language of public administration) in 1997 4, and most recently (2007) in Misure per attuare parità e pari opportunità tra uomini e donne nelle Pubbliche Amministrazioni 5(Guidelines to implement equality and equal opportunities between men and women in the Public Administrations), where the recommendation to use a gender non-discriminatory language in all working documents was renewed. Several administrations have adhered to this invitation, for example l’Accademia della Crusca established a partnership with the city of Florence on the project Genere & Linguaggio (Gender & Language) and the publication of the first Linee guida per l’uso del genere nel linguaggio amministrativo6 (Guidelines for the use of gender in administrative language).

Nevertheless, Sabatini’s recommendations from 1987 remain largely unfulfilled, given deep-rooted resistances, also by women, to adopt a language representative of the two genders both in corporate communication and in ordinary spoken language.

The brochure, translated into all official EU languages, contains a set of “guidelines to ensure that as far as possible gender-neutral language is the norm rather than the exception in parliamentary documents.” (p. 3)

These guidelines are not compulsory but are intended as an “invitation” to administrative staff to apply these guidelines in all parliamentary documents and written communications. At the same time, however, it is underlined that translators are required to render texts carefully and faithfully in their own language. If an author intentionally uses gender-specific language, the translation will respect that intention. This makes it all the more important for authors of texts in and about Parliament to be fully aware of the principles of gender-neutral language (p. 8).

The text also underlines that for each of the official languages, appropriate non-sexist terminology must be sought which is in accordance with the national customs, and takes into account any national legislation on the matter, guidelines at national level or other authoritative sources (p. 8).

The Italian version of the handbook points out that in Italy the debate on the use of non-sexist language is still in its infancy; in the language currently used by the media, especially by the press, as well as in common spoken and written language, very few neologisms are used even today, and there is a tendency to use the masculine with neutral function.

The brochure recommends that authors combine various strategies and techniques in order to respect the principles of gender neutrality and bias-free language (see the specific guidelines for English, p. 9-10).

As far as the Italian language is concerned, the vademecum advises to specify the gender of “epicèno” nouns (nouns referring to both genders) by using the feminine and the masculine articles as appropriate. In the case of the noun “giudice” (judge), it is recommended to use “il giudice” and “la giudice” when referring respectively to a male and to a female judge.

1 The English translation of this text requires an understanding of the difference between the male and female articles in Italian, and the use of the male article as a supposed neutral, which is similar to the use of the word “man” to represent any person in English.