“To tell a woman everything she may not do is to tell her what she can do.”

Interview with the Centre for Partnership and Equality in Bucharest, an NGO working in the fields of gender equality, diversity and inclusion since 2002. 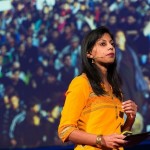 Finding your voice against sexual violence

At her presentation at TEDx Houses of Parliament, London, Meera Vijayann discussed the difficulties that young women like her face in India in accessing their rights or finding a voice against everyday sexual harassment.

Breaking the Cycle UK was founded in 2011 by Siddika Ahmed to support the education of secondary school girls from financially disadvantaged families in Greater Sylhet, Bangladesh.

Meet Siddika Ahmed, a woman passionate about equality, engaged in numerous community empowerment projects, in the UK and in Bangladesh.

Why is there a rise in the number of young women using citizen journalism platforms? To understand this, we need to look at the way political systems have continuously been shaped by the power of the citizen voice.

2014 European Elections through the lens of Gender

Women make up more than half of the European population. However, at any governance level, they are still a minority. How effective are gender quotas or other tools and strategies to redress women under-representation in elected bodies?

Fundamental Rights in the EU : challenges and achievements in 2013

WAVE network has compiled the results of the EU-wide survey on violence in a 9-page document giving the main data for each EU country.

Maternity and paternity at work: Law and practice across the world

The study Maternity and paternity at work: Law and practice across the world by the International Labour Organization (ILO) reviews national law