The European Parliament has today voted with an overwhelming majority (459 for, 148 against and 81 abstentions) to back the

The Glass Ceiling in the Spanish Judiciary

by Sandra Isabel Novo Canto   ABSTRACT Historically, the Judiciary has been a male-dominated area in Spain. Women were forbidden 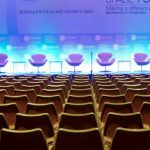 Breaking the glass ceiling in companies: the French recipe

The Equality Blog 25/10/2013 No Comments on Breaking the glass ceiling in companies: the French recipe

I was in Deauville to follow the Women’s Forum Global Meeting from 16 to 18 October. The various sessions were

by Carla Fronteddu published on The BIG I.D.E.A> Time for Equality, in line with its objective of raising awareness and

The Glass Ceiling in the Judiciary in Italy

Time for Equality is working on a thematic file on women in the judiciary in Italy, as a follow-up to

Gender equality in the EU: progress is too slow

Focus on Gender Gender Equality News 03/02/2015 1 Comment on Gender equality in the EU: progress is too slow

Men and women are not and never will be the same, but they should have the same rights, says MEP Marc Tarabella, rapporteur.

Europe’s actions towards real gender equality lead to continuous yet unsteady and slow progress in most areas, according to the

Tackling the gender pay gap in the European Union

What is the gender pay gap? What are its causes and what are the benefits of closing it? On the

Introduction to the first Equality Dossier

The first Equality Dossier focuses on the representation of women and men in one of the quintessential places of power: the Judiciary. The

Women in the Judiciary in Europe

This section aims at collecting documents, statistics and articles on the subject of gender equality in the judiciary at European and national level. It is work-in-progress